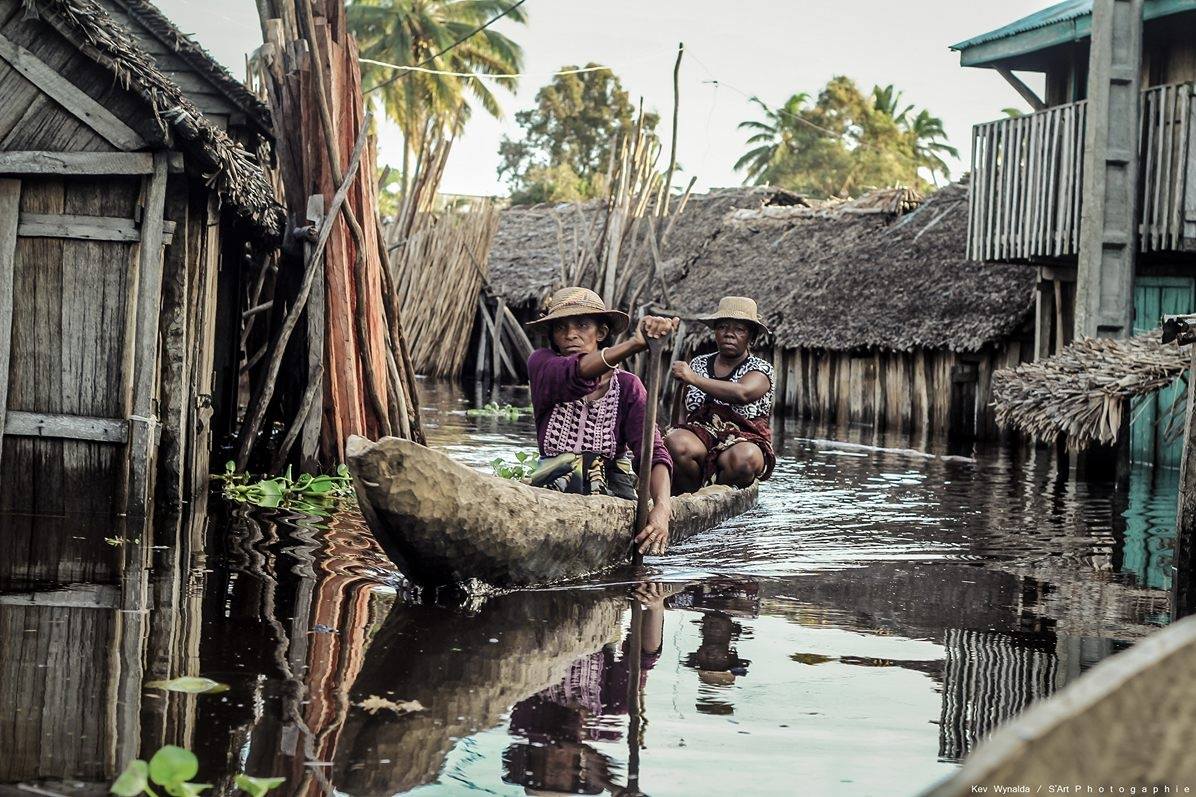 “This photo was taken a few days after the cyclone Enawo in the south-east region of Madagascar, more specifically in the city of Farafangana in the district of Anosinakoho which after each passage of bad weather is found completely flooded. The lifestyle of the people changes radically, here we see two women returning home by pirogue, taking a road that they usually take by foot. For my part I took it for the purpose of sounding the alarm when faced with such a situation because it is not an isolated case here in Madagascar… I was walking one afternoon with my camera as usual when I saw groups of people go to the temporary refugee camp installed at the municipal stadium and return to the neighbourhood with a small bag that drew my attention and I followed them until we arrived in front of a port with ten canoes at the entrance to the neighbourhood, men, women and child.I decided to take one to go around the neighbourhood, make a report and take steps pictures in order to warn the world.” Ken Wynalda